After spending 19 years as an electrician it’s not the obvious choice to take on a new apprenticeship and start over as a student police officer, but that’s exactly what one of our newest officers decided to do last year.

PC Adam Tricklebank is now nine months into his police career and hasn’t looked back.

The 36-year-old joined our Police Constable Degree Apprenticeship (PCDA) in May 2020 and began the three-year programme that sees student officers combine the practical police training with formal study, in partnership with Staffordshire University, which leads to a BSc degree in policing.

Adam, from Redditch, has moved around the force as part of his training and is currently based in Coventry.

Here, as we mark National Apprenticeships Week, he describes why he joined and how he’s found his first few months in uniform. 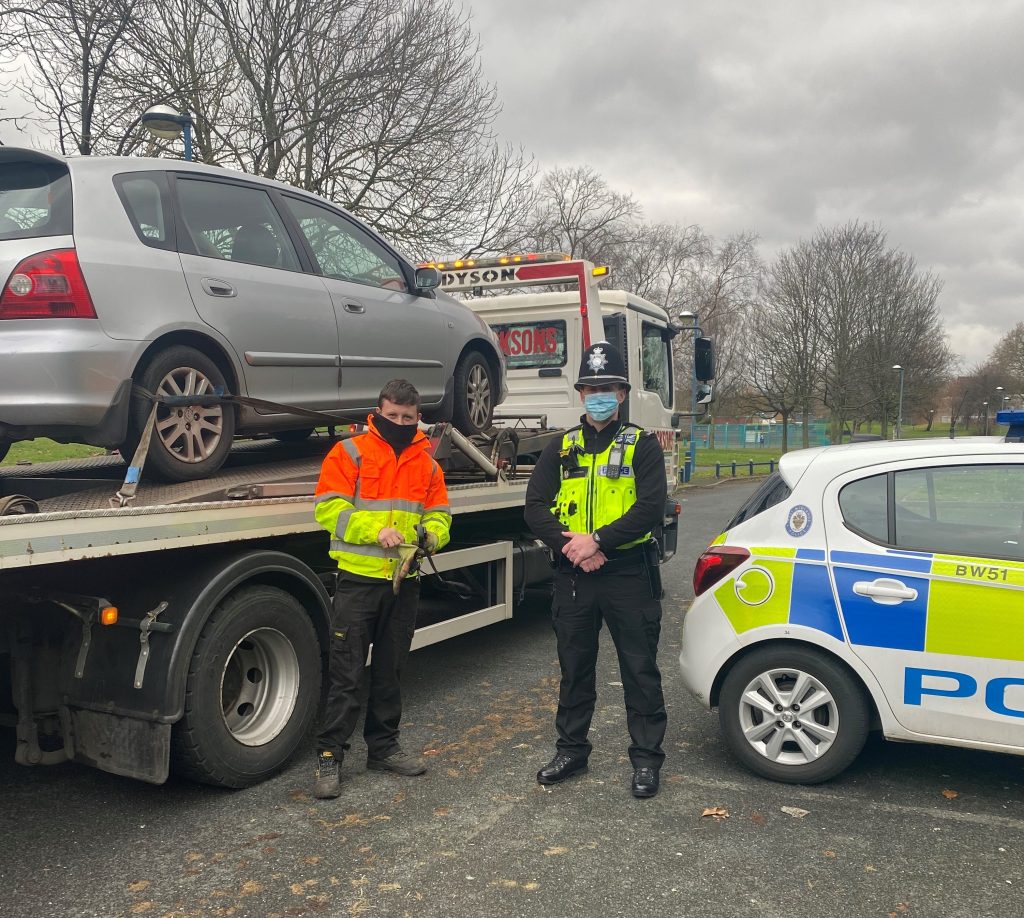 Student officer, PC Adam Tricklebank in the first few weeks of his training.

“After being an electrician for 19 years, I knew that I wanted to do something more challenging and needed to make a change. I wanted to get a job that I could feel passionate about, to help people and to make a difference. I had always been interested in policing and when the government announced they would be recruiting 20,000 new police officers I knew that I had to apply.

“Since starting in May last year I have absolutely loved every minute.  I have made new friends and have met so many new people who are willing to help me learn. I have completed rotations with Force CID and with Response allowing me to complete my independent portfolio.  I am now half way through my third rotation with Force Support Unit in Coventry, which is different again.  Soon I will be moving to a neighbourhood team and can’t wait to see what new challenges that will bring. I’ve had so many different experiences so far, from arrests to helping people in need. The photo shows me with a car I seized because the driver had no insurance and no licence during one of my early rotations.

“Completing a degree at the same time as working is not easy and can even be overwhelming at times but we are given time in between rotations to do this and at the end of my apprenticeship I will have a degree and that is something I never thought I would have.

“The time is flying by and I learn something new every single day.  I do not regret joining and would recommend it to anyone who wants to work hard and to challenge themselves to be something better.  I believe this is one of the most rewarding jobs there is.”

If you’d like to follow in Adam’s footsteps and explore a police career, take a look at our website: https://jobs.west-midlands.police.uk/police-officer-recruitment/ or join our Virtual Open Day with Staffordshire University on Thursday evening, 11 February – https://www.staffs.ac.uk/events/2021/02/policing-virtual-open-day