The head of our volunteer Specials has shown his dedication after reaching an incredible 50 years with us!

The decision to join the police was a life-changing commitment for Mike Rogers…in more ways than one.

As along with devoting decades to helping others, he also met his wife-to-be who was a fellow volunteer officer at the time.

The now 69-year-old is the current Chief Officer of our 230-strong Specials squad and splits his time between the role and being a lawyer. 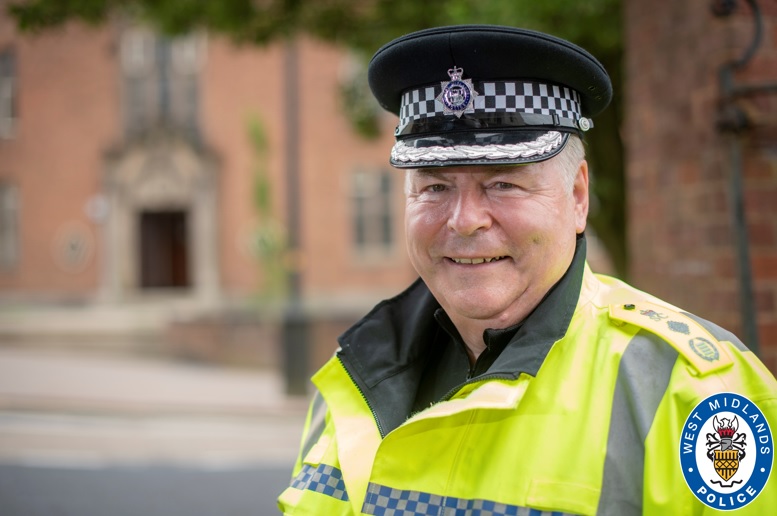 Mike has seen plenty of changes – with new technology and improvements in policing techniques – since joining the force as a teenager in February 1971.

His present role continues to see him spend time on the beat, while also welcoming and sharing his experiences with new recruits.

He was awarded an MBE several years ago in recognition of his sterling work and he is encouraging others to consider signing up.

The grandfather-of-one said: “Being with the police is one of the best careers you can have. I have loved my time as a Special.

“I thought about becoming a full time officer but I’ve enjoyed having the best of both worlds.

“I’m not involved in criminal cases as a lawyer – so there is no conflict of interest – and I like the difference each role brings to a day.

“I’ve made a lot of friends in policing and enjoy that interaction with the public.”

This includes rushing to the aid of an elderly woman after neighbours were concerned she had not been seen for a while. Mike went to her home and discovered she had fallen out of bed so offered her assistance and made her a cup of tea.

He also encountered the heartbreak of three sudden deaths in the same day; while on another occasion he prevented a PC being attacked after violence flared after a football game.

Mike said: “You go through a range of emotions, and face different challenges. But whatever the situation you’re in a position where you can try to help.

“I became as a Special at 19 because I had a good education, was fortunate to go to university, and wanted to give something back to the community.

“And during the years I’ve been able to help others in their time in need and also take criminals off the streets.”

He was also lucky to meet his wife June – who was a fellow Special at the time in Wolverhampton.

“It was on one of my early duties when I first met her,” he remembers.

“We just clicked and then started to meet socially. Due to other commitments June couldn’t carry on as a Special.

“But it’s certainly helped having her support all these years, as she knew what the role was like and understood the emotional impact.”

Specials have the same powers as regular officers and wear the same uniform. They volunteer at least 16 hours a month but times are flexible.

Mike is urging others to apply and make a difference – just like himself and fellow colleagues.

“We have a team of talented and committed specials who work extremely hard to support the force and the community we serve.

“I am proud to play a part in developing and guiding the team so together with other volunteers, our regular colleagues and police staff, we can work together to make a real difference.

“Joining the Specials is a fantastic opportunity to develop a career and gain new skills. It’s a decision I never regretted and still enjoy today.”

Recruitment is open across the force and anyone interested in becoming part of the WMP family should visit our jobs website https://jobs.west-midlands.police.uk