Matt Skelding, aged 35, is based in one of our Force Contact Centres. He transferred to us from the British Transport Police in search of a new challenge and his role helps ensure we’re responding to 999 and 101 calls the best we can. 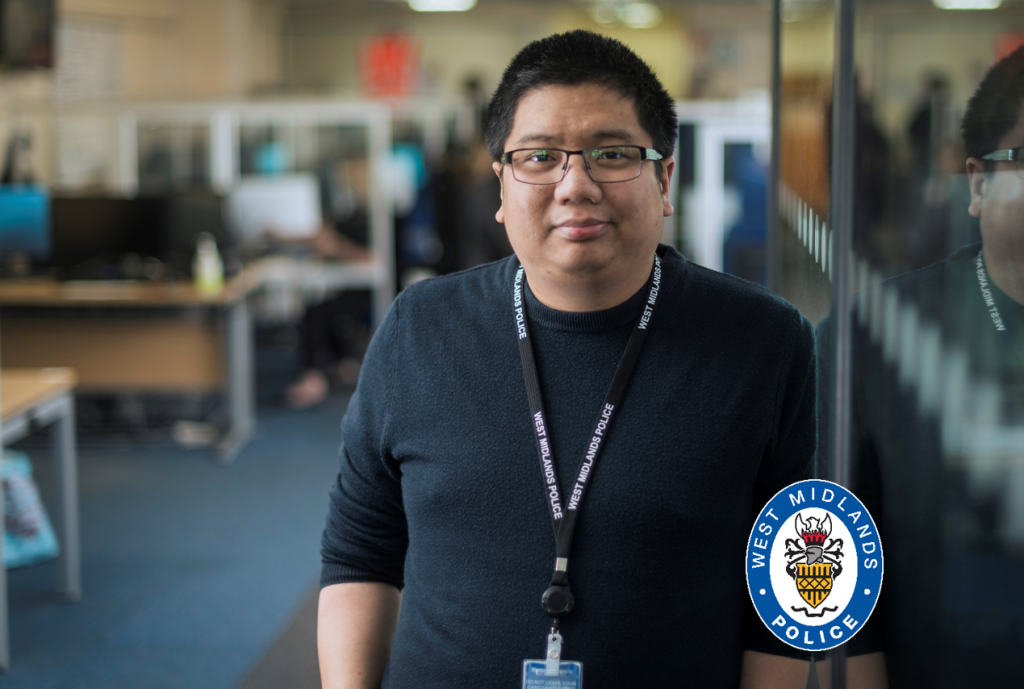 Matt Skelding, Force Contact supervisorThe day starts with…a cup of tea! Working shifts, it can vary a little but normally the main task will be getting the handover from the previous shift about any jobs that need to be dealt with urgently.  I do a quick check of the emails for any policy/procedure changes and then it’s on with the day

I’m responsible for… the welfare and performance of my team, along with three other supervisors/sergeants. This includes managing the calls for service that have been created via 999 and 101. We run final checks on what’s been reported to make sure we’re dealing with the incidents in the right manner. We keep an eye on self-generated incidents that officers on the streets are dealing with. The role also involves the management of staffing of the service desk to assist with non-urgent requests.

I joined because… it was something different. After finishing university I chose to do something slightly left-field. I’ve always been a night owl so working nights seemed to suit.

The department is… small for the amount of work we have but playing a very important part. A large percentage of what the force does comes through our department. There’s pressure to get it right at the front end and make sure we’re doing the best we can for those people in need. People outside of the force often find it surprising that there’s a process between calling 999 and officers turning up at their door. We filter out about 70 per cent of the calls at source. We’re incredibly busy!

I got here… via the train! I joined British Transport Police after finishing university and moving back home. Having learned keys skills there I decided I wanted to challenge myself to succeed at a higher level. I transferred over to here in January 2010.

My typical day… doesn’t exist because it’s incredibly varied. We swap between managing demand on Neighbourhood Policing Units (NPUs) and demand for force resources. We can go from reviewing a missing person report to managing a pursuit, then from dealing with a firearms incident to dealing with a false and malicious caller. There’ll normally be a couple of requests for leave to deal with, a personnel issue that has arisen and a check on what he following week’s staffing levels look like for the weekly resourcing meeting. We’ll also have requests to review incidents to see if we’re happy with the action that was taken or whether there is any learning to be fed back.

My most memorable moment… is a particularly busy shift a few years ago as a new supervisor with Inspector Paul Farley in the chair as Tactical Firearms Commander. There were non-stop firearms incidents for eight hours. I think we’d clocked up 13 jobs by the end of the shift and had at least three on the go pretty much all day. Exhausted doesn’t even come close to describing how we felt.

The worst part of the job… is the alarm going off at 5.30am in time for the early shift. I’m not a morning person as most of my team will agree. Offers of a breakfast sandwich order always go down well!

The best part of the job… is the teamwork. There are some genuinely great people on the team and in the department. A good ‘dad joke’ goes a long way to make a night shift go quickly.

If I didn’t do this I’d… be a teacher. I almost became one before joining the police!

We’re recruiting! To find out more about jobs in Force Contact visit our job site.