#HumansofWMP series is a chance to find out more about the people who work for the force.

It focuses on the individual and not the job and aims to show the diverse range of people employed within our 10,000 strong workforce.

August sees the festival Raksha Bandhan, which is celebrated by people who follow the Hindu and Sikh faith − PC Kiran Patel helped organise an event at our police headquarters to commemorate the festival. 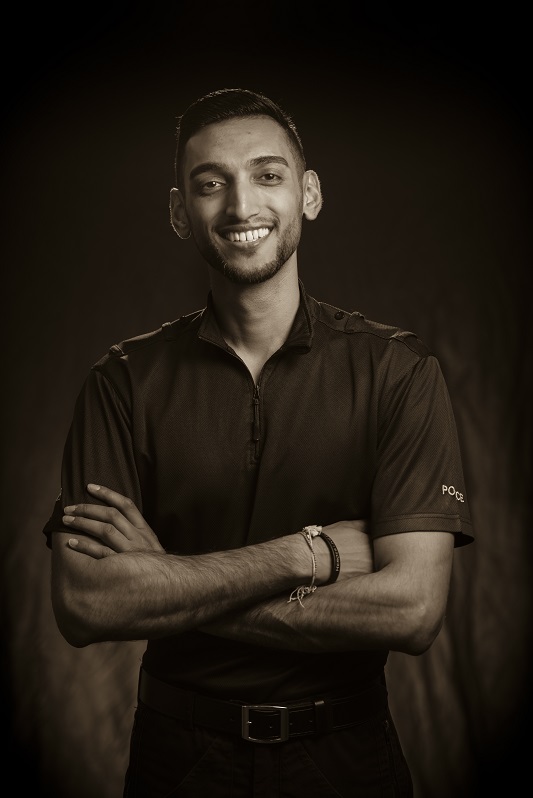 My parents immigrated to the UK and I was born and raised in inner-city Birmingham. My father passed away shortly after my 11th birthday. I lacked a father figure in my younger days but I found that this inspired me to achieve even more.

I had never planned on joining the police service but applied to become a special constable with in 2010. I would often go out on patrol on evenings and weekends while my friends would go out clubbing.

I joined West Midlands Police as a contact officer, taking 101 calls. I had the best of both worlds and had no intention of being a police officer until my then supervisor suggested I apply as recruitment had opened up after a long freeze. I became a PC in October 2014.

My faith is really important to me and one festival that means a lot to me is the Hindu festival Raksha Bandhan.

The festival traditionally celebrates the bond of a brother-sister relationship. In the modern day, it has transcended in to a celebration which reminds one of their duty towards society and their obligation to serve others.

‘Raksha’ means ‘to protect’ and ‘Bandhan’ means ‘to tie’; sisters would traditionally tie a sacred thread called a ‘rakhi’ on the wrist of their brother to highlight a bond of protection.

This is why Raksha Bandhan is special to me, as the meaning behind the tradition goes beyond that of siblings, but in fact to all those in society who protect one another.

Raksha Bandhan was celebrated at the police HQ for this first time in 2019. We have previously celebrated Diwali and it shows how encompassing and diverse our society is, as individuals from different faiths and backgrounds come together.

To follow in Kiran’s footsteps and become a police officer, take a look at our student officer programme information on the PC recruitment section of this site.