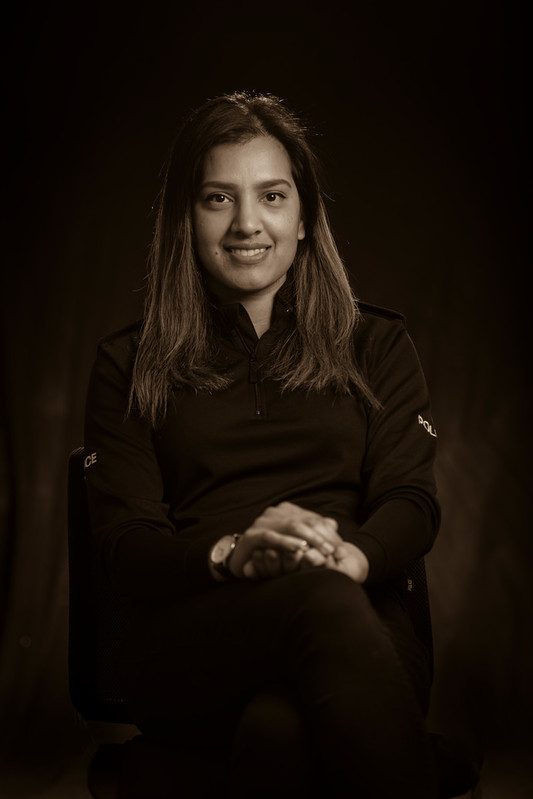 When I told my family I was applying to be a police officer it came as a shock to say the least, concerns for my safety were raised and it was completely unheard of within our small community for anyone to have ever joined the police force.

However I’ve never been one to follow the crowd and was determined to prove them wrong.

I’ve only had positive comments from the public in how refreshing it is to see an Asian woman officer out and about.

I am a strong believer in treating others how you would want to be treated, being fair and helping others in their time of need which inspired me to join WMP.

Every year as a Muslim I fast, it’s not just abstaining from food and water but purifying your mind and reconnecting with the almighty.

It’s a real test of will power to not eat for over 17 hours and to not get hungry, but when l finally open my fast, l really do appreciate every mouthful and think of those who have no meal at the end of the day.

Eid-Ul-Fitr marks the end of the month of Ramadan. As soon as Eid is announced the celebrations begin, a special few days spent eating as much as humanly possible and spending time with family and loved ones.

I have fond memories of Eid as a child, when my father would return from Eid prayers in the morning and I would be eagerly waiting for him. Children are given money at Eid and I would receive my money having already decided what I would be spending it on down at the Merry Hill Centre.

Eid in recent times for me is about giving, keeping it simple by spending less on lavish items of food and clothing and instead giving that money to the poor.

To follow Namera’s lead and become a police officer, take a look at our PC recruitment pages on this site. We’ll be introducing some new detective entry routes soon, if you like the idea of working in Investigations.