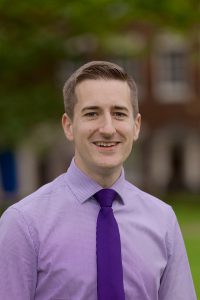 Lee’s background is in journalism, media relations and strategic communications. He trained as reporter and spent the first part of his career working in local radio at various commercial stations across the country, reaching the position of News Editor.

More recently Lee has worked as a Communications Manager for the University of Warwick and West Midlands Police, where he has played a key role in forging strong relationships with the media.

Both roles have seen him proactively achieve objectives through innovative communications strategies as well as handling crisis management in response to criticism and organisational failings.

Of late he has specialised in counter-terrorism communications, working with partners in the UK and abroad on significant cases which have often become the focus of global media attention.

Since 2014 Lee has also volunteered as a Special Constable covering Birmingham city centre.